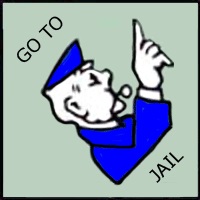 Monopoly has an iconic place in the lives of families and people around the world. Most readers know a bit about playing the game, some even consider themselves experts at the achievements of real estate control and complete board domination. But many do not know some of the strange and interesting facts from the history of Monopoly. Here are a few things everyone should know about this entertaining and infamous board game in modern times.

1. A Woman Invented The Game Monopoly
Monopoly is actually based on the game created and patented by Elizabeth “Lizzie” Magie in 1903 or 1904. Originally called, “The Landlord’s Game” it first was distributed to teach Quaker values. Literally the game was meant to teach, “the evils of accruing vast sums of wealth at the expense of others,” according to Mary Pilon in Smithsonian Magazine. Magie was a Quaker and political activist. Her game eventually was produced by people independently without giving any credit to the inventor, and eventually Parker Brothers lied about being the creators and put it on the market.

2. J.P. Morgan is the Original Monopoly Man
That strange little man with the top hat and tails, to some is the Monopoly Man. In the Parker Brothers version of Monopoly, his name is actually Rich Uncle Pennybags, but there is some conjecture about who really inspired his image. During the early decades when Monopoly first was being distributed and sold, J.P. Morgan was the most influential man in the United States or very close to being. He often wore a top hat and tails in public appearances. But more important, he helped found the first official monopoly in the United States Steel Corporation. All lead to the conclusion the Rich Uncle Pennybags, the Monopoly Man is actually Mr. J.P. Morgan himself.

4. An All Chocolate Version of Monopoly Sold At Christmas
For the holiday season in 1978, Neiman Marcus had all chocolate editions of Monopoly for sale. The set was completely edible, including the money and playing pieces. It was only released for that one Christmas season and never put on the market again. Neiman Marcus sold individual chocolate Monopoly board games for a hefty price of $600. What would it sell for today, one must take a moment to ponder. No other edible version of the Monopoly game has ever been bought, sold, or made since.