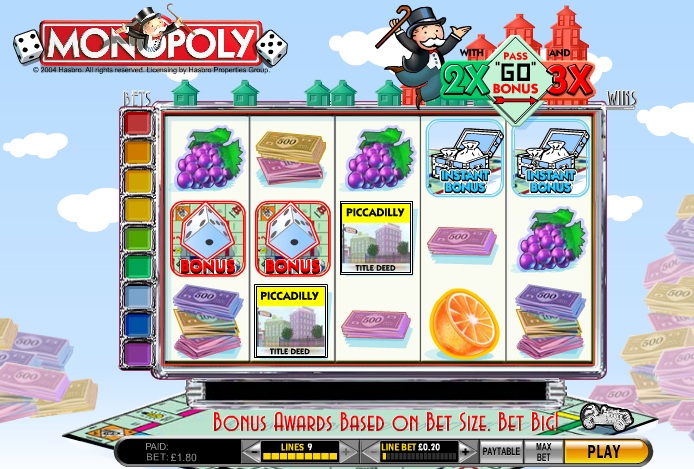 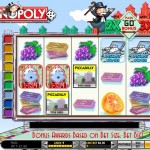 The original board game Monopoly has more sales than any other board game and has been sold around the world entertaining two generations. It has therefore become almost iconic and the game and the board are known by millions of people. It is probably for this reason, the familiarity and perhaps even a touch of nostalgia, which made the first version of Monopoly slots so popular on its release. That popularity encouraged manufacturers to create more versions and this time including certain features that may particularly appeal to certain players, affording players a variety of slots to choose from yet still experiencing the familiarity and nostalgia that they felt with the original version.

As all these versions are based on the original game though, most of them feature, as their bonus round, a mini game of Monopoly complete with its own mini Monopoly game board. These bonus rounds are played in the same way as the original game with the number of squares you move being decided by the roll of the dice and the amount that you win, depending on which square that roll of the dice takes you to.

On this slot machine that bonus round also exists and has on the squares the usual places like properties and free parking. On this version there are no bad squares to land on as even landing in jail can turn out to be a winner.

What makes this slot different from the rest though is that it also has a community chest bonus round which, once triggered allows you to choose from a range of Monopoly symbols. Each of the symbols represents a different win and so with this round, it is your decision alone that determines your win.